Head of the Jazz Institute 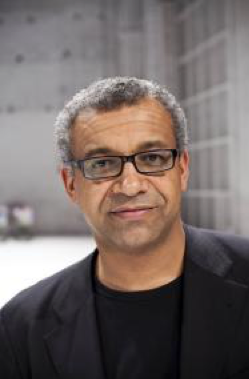 Munich-born trumpet player Claus Reichstaller is one of the most distinguished jazz and studio musicians in Europe. His melodic ingenuity knows no bounds, his technique meets the highest demands and his imagination opens all doors to the characteristic freedom of jazz. Claus Reichstaller is truly one of the great German trumpet players. A rough diamond, whose value the great American tenor saxophonist Nathan Davis, who asked him to join the Paris Reunion Band in 1989, recognized.

Reichstaller, who started playing the trumpet when he was nine, gained most of his experience in the orchestras of Harald Rüschenbaum, Peter Herbolzheimer, Al Porcino, the salsa band Conexion Latina and as a soloist for the SWR Big Band. This is where he first met Paul Kuhn, who invited him to join the formation The Best, known for the successful birthday tour »As Time Goes By«, which was performed jointly with the legendary German Film Orchestra Babelsberg.

A particular musical highlight was a CD-recording in collaboration with the string quartet of the Munich Philharmonics, released in 2009 by Conception Records.

Claus Reichstaller set a new milestone in his artistic work when he composed the music for the play »Leichtes Spiel« by Botho Strauss, which premiered in April 2009 at the Residenztheater in Munich in a staging by artistic director Dieter Dorn.

On 1st October 2009, Claus Reichstaller was appointed Professor of Jazz at the University of Music and Performing Arts Munich by Minister of State Dr. Wolfgang Heubisch.